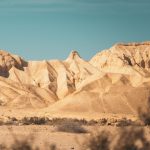 THE CHURCH TAKING THE POSITION AS LEADING HEAD

In December  2021, there was an average amount of 200 deaths daily, considering Brazil as the base.

Then in January of the current year, we let the churches by themselves make the campaigns. Unfortunately in less than 30 days the amount of deaths raised three times.

Might there be other factors? Yes. However we cannot be spiritual blind and not see  the power of fasting and prayer of the church.

Thus it is urgent that all may be ready for combat, before other variations of this accursed virus appear, and the situation become out of control again.

Aware of it, the Directive Board of the Convention of Ministries is releasing the campaign: THE CHURCH TAKING THE POSITION AS HEAD.

The Holy Bible says in Deut 28.13 that, when God’s people obey the divine guidance, they take the position as head, of leader in the invisible world. Jesus expressly taught that prayer and fasting enables us to take the position of authority facing the most terrible casts of demons.

In this pandemic ground, we are not simply in a clinic war, in which only biological factors are at stake. There is much more in the game. There is an evil action of death, oppression, fear and general destruction. Therefore humankind needs something that only Jesus Christ’s Church has: the power and spiritual authority.

We have not only the privilege, but also the task of doing something, the same as the four leprous from Samaria, in 2Kings 7.9: “Then they said to one another, ‘We are not doing right. This day [is] a day of good news, and we remain silent. If we wait until morning light, some punishment will come upon us. Now therefore, come, let us go and tell the king’s household’”

Thus shall we engage in combat so that we’ll not be taken as guilty.

02/05 – Crying out with fasting and prayer, fighting against the plagues and against the Spirit of Death which haunts the earth.

02/12 – Fasting and prayer in combat against the spirit of the Antichrist, which wants to eliminate the individual freedoms of worshipping services. In this fasting time, the church also ought to take position for commanding that God’s will is to be done in the elections of 2022. Prayer favoring health of God’s people.

02/26 – Crying out against the spirit of rebellion towards God’s Word and the authorities established by God. Prayer favoring the health of God’s people.

02/27 (SOLEMN FASTING) – Crying out for salvation of souls and return of the astray. Prayer favoring the health of God’s people.